17 Ways to Aggravate the Fire Out of a Texan 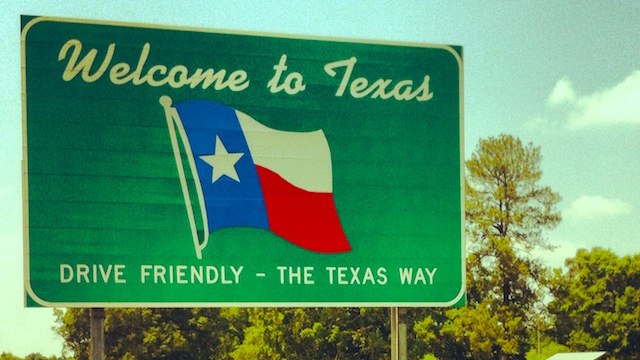 Originally published for RantPlaces.com on March 4, 2015

So you’ve heard many of the seemingly endless Texas stereotypes and now you’re going to visit the Lone Star State. Well, if you’ve never actually been there before or never met someone who’s truly from Texas, you might want to educate yourself so you don’t sound like a blithering idiot when you get there.

The people in Texas are indeed friendlier than anywhere else, but that doesn’t mean you can take advantage of that and get away with it.

Compare BBQ From Anywhere Else to BBQ in Texas

Just make us even think you’re suggesting that the BBQ you ate at some wannabe rib joint up north is comparable to the feast-like delicacy found in Texas and you’ll find out what the phrase “within an inch of your life” really means.

Ask if We Ride Horses Everywhere

This doesn’t really aggravate us; we’ll just look at you like you’re stupid if you actually ask it.

A lot of people in Texas ride horses, but not as their primary vehicles – we are living in the 21st century just like everyone else. We drive regular cars and trucks (lots of trucks) just like the people in whatever not-as-cool-as-Texas state you’re from. In fact, Toyota and GMC both have major manufacturing plants in Texas.

Invite Us to a Restaurant That Doesn’t Serve Sweet Tea

No, we don’t want “regular” tea with your fake sugar and we dang sure don’t want your fruity, fake tea that you call “sweet.” That cough syrup-tasting crap should be illegal.

Real tea in Texas is sweetened with pure sugar when it’s brewed, and it’s served that way on ice…the colder, the better.

Assume All of Texas Looks the Same

People don’t realize how massive Texas is, so when they see one small area, they assume the whole state is the same.

That is simply not the case.

Doubt How Big Texas Really Is

Did you know you can drive 12 hours straight on the same interstate highway and still be in Texas? If you’ve never done it (it’s one heck of a trip) check out Google Maps from Texarkana to El Paso by taking I-30, which turns into I-20 and then I-10.

How does that “everything’s bigger in Texas” joke sound now, son?

No matter what your term is for addressing a group of people – “you guys,” “you all” or something really silly like “youse guys” – it’s not nearly as friendly or welcoming as “y’all.”

Y’all is a simple contraction for “you all” and it rolls off the tongue way better than any other so-called “proper” way of addressing a group of people. Say “youse guys” to a group and then call them “y’all” and see which one garners more smiles.

Unlike BBQ, you can find Mexican food outside of Texas that is really good. However, it’s not the same thing. Tex-Mex food and “authentic” Mexican food (or any type of Mexican food that’s not Tex-Mex) is drastically different than the fantastic cuisine you’ll find in Texas.

Think We’re Wimps for Shutting Down When it Snows

Let’s get one thing straight: It doesn’t snow in Texas; it ices. When anything that’s not liquid falls from the sky, it turns everything slick and knocks down trees and highline poles. That fluffy, harmless stuff you northerners are used to doesn’t exist in Texas; you can’t drive on solid ice.

Suggest That Mr. Pibb is the Same as Dr Pepper

Them there’s fightin’ words in Texas and you might find that out the hard way if you push your luck.

Dr Pepper was created in Texas and many Texans swear by it. A Texan will ace a taste test with Dr Pepper against any of its imitators 100 times out of 100. You may not can tell a difference, but you weren’t raised on Dr Pepper in Texas.

Side note: It’s “Dr Pepper” and not “Dr. Pepper”—the period is left out in the official spelling.

Visit Only Austin and Claim You’ve Been to Texas

Look, we love Austin, but it’s a pretty poor representation of the rest of the state. To quote several older Texans, Austin is like a piece of Orange County, California that someone dropped in the middle of the Lone Star State.

Make sure you visit at least one other big city (Dallas, Houston, etc.) and drive through any part of the state called “God’s country” before claiming you’ve been to Texas.

Simply wearing a cowboy hat does not make one a cowboy and it certainly doesn’t make one a redneck. The former is a profession; the latter is a stereotypical group of people.

Cowboys herd or raise livestock, break horses and/or compete in rodeos while rednecks are people who do things their way. This can mean fixing a hole in a pair of boots with wood glue or putting a motorized propeller on a table turned upside down and using it for a boat.

Ask What the Rodeo Is

The rodeo is a tradition that runs as long as the trip from Houston to the Panhandle. Contrary to popular yankee belief, there are rules for every event at the rodeo and they are taken seriously. Competitions like bull riding are professional sports in which cowboys get paid to win. That’s right – they only get paid if they win. There’s no arguing those boys are tougher than any spoiled brat playing with a ball on your TV.

Doubt the Intensity of Football in Texas

Texans often get asked if the movie “Friday Night Lights” is realistic. The simple answer: Yes.

There are obviously some things that are exaggerated, but small towns in Texas do indeed shut down on Friday nights around 7:00 p.m. and reopen at 10:00…after the game.

Another fun fact: Most high school stadiums in Texas are larger than most mid-sized college stadiums in the rest of the country.

Does that clear things up?

Continuously Laugh at Our Version of the English Language

Ok, we’ll give you a pass for chuckling the very first time you hear someone say they’re “fixin’ to” do something, especially if they say it with a Texan accent, which comes out “fidna.” But after that? Get over it.

Assume All Boots are the Same

A common misconception outside of Texas is that all types of boots are “cowboy boots.” That is inaccurate.

The term “cowboy boots” refers to a specific type of boots that are typically used when riding horses; the toes of these boots are usually pointed or rounded, but can also be square. On the flip side, there are many types of work boots that are used for all sorts of professions, many of which have nothing to do with what cowboys do.

Make a Big Deal Out of “Coke”

Yes, it’s true: In Texas, we call all carbonated beverages “coke.” So if you say “pop” or “soda,” don’t be surprised if you get a funny look. Just act like a local and order your coke. When your waiter or waitress then asks what kind, tell him or her specifically you want a Sprite.

Mentioning someone like Taylor Swift in the same sentence as a legend from any generation – Johnny Cash, George Strait, Brooks & Dunn, etc. – is considered blasphemy in Texas. If the artist you mention is played on both a country station as well as a hip-hop station, they ain’t country.

This website uses cookies to improve your experience while you navigate through the website. Out of these, the cookies that are categorized as necessary are stored on your browser as they are essential for the working of basic functionalities of the website. We also use third-party cookies that help us analyze and understand how you use this website. These cookies will be stored in your browser only with your consent. You also have the option to opt-out of these cookies. But opting out of some of these cookies may affect your browsing experience.
Necessary Always Enabled
Necessary cookies are absolutely essential for the website to function properly. These cookies ensure basic functionalities and security features of the website, anonymously.
Functional
Functional cookies help to perform certain functionalities like sharing the content of the website on social media platforms, collect feedbacks, and other third-party features.
Performance
Performance cookies are used to understand and analyze the key performance indexes of the website which helps in delivering a better user experience for the visitors.
Analytics
Analytical cookies are used to understand how visitors interact with the website. These cookies help provide information on metrics the number of visitors, bounce rate, traffic source, etc.
Advertisement
Advertisement cookies are used to provide visitors with relevant ads and marketing campaigns. These cookies track visitors across websites and collect information to provide customized ads.
Others
Other uncategorized cookies are those that are being analyzed and have not been classified into a category as yet.
SAVE & ACCEPT
Scroll To Top